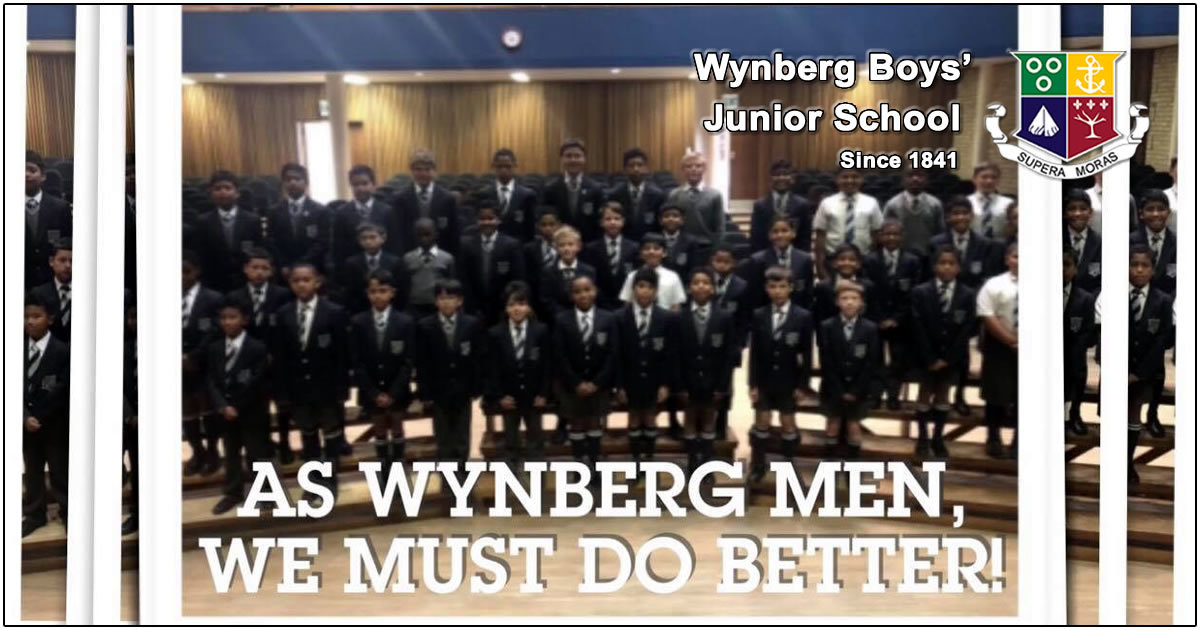 As Wynberg men, we must and will do better. We mourn with our fellow South Africans through this time of grief and sorrow. We are committed to building a strong ethical foundation by helping our boys and young men make responsible choices and to live honourable lives. We stand with the women of South Africa and say NO MORE. The Wynberg Campus of Schools will stand together in solidarity on Thursday and remember those who have been victims and who are suffering. #EnoughIsEnough #StandUp #ItStartsWithMe #WeWillBeThere

The news of the brutal abuse and murder of Janika Mellow, a learner at Northwood Primary in Mitchell’s Plain, a fellow school within our Circuit, has caused a groundswell of outrage and protest.

A group of senior boys and staff attended Janika’s Memorial Service this morning in solidarity with her family and friends. Whilst the Wynberg Girls’ & Boys’ High Schools have called for all learners and staff to wear black on Thursday, 05 September and donate as much as can be afforded toward a fund to support Janika’s family, we will be joining our older brothers and sisters in a Wynberg Campus of Schools assembly on Thursday at 11h00 to unite in a single purpose to raise awareness and to commit to #ItStartsWithMe.

There will also be a silent picket against gender abuse outside Wynberg Girls’ High, Springfield, and Herschel from  07h00 - 08h00 on Thursday. The Wynberg School community abhors the current horrific levels of gender-based violence, and you are encouraged to be part of any action that speaks out against this.